Ok, what is the deal with motivation? One minute you feel on top of the world, ready to take on all-comers, and the next – poof! – it’s gone, no where to be seen.

Motivation isn’t something you can bottle up and put in the fridge ready for when you need it. It strikes without warning, causing a mix of optimism, excitement and energy – and before you know it, it vanishes without a trace, leaving you pessimistic, bored and lethargic.

Here’s a little secret; everyone has a lack of motivation. Ev-er-y-one. It’s how you deal with it that separates the boys from the men. Or the girls from the women. Or the wheat from the chaff. Or the…., well, you get the idea.

Here are a few words about motivation that may be of use.

Perhaps the one that I’ve found most powerful (and scary) is that, no matter what you do, time marches on. It is unstoppable. It does not care that you’re not feeling motivated. It will steam roll over you and continue to stomp forward. 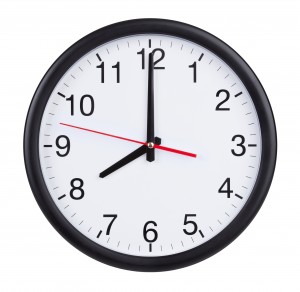 The importance of this? Well, whatever you do, time will continue it’s militant march forwards, so you have to make a choice in how you’ll fill that time. You can either sit on the sofa watching TV or checking Facebook or you can get out the house and do something that will benefit you.

The time will pass no matter what so you’d better use it wisely. You can’t go back and do the last month or two again. It’s done. So here is what you do; think about how you would feel on a Sunday evening if you spent the last couple of weeks, a) sitting on the sofa watching TV and scanning Facebook of an evening, or b) got out the house to classes, embraced the grind, worked up a sweat, had a laugh with the other students at the gym and improved your health.

When I started my university degree, people would often scoff at the fact it would take 5-6 years to do. ‘That’s aaaages‘, they would say, ‘Can you really be bothered?‘, they would add. My response was that the 5-6 years would pass anyway, so I could either earn my degree in that time or simply let the time idly pass by

The formidable march of time will not stop for anyone, so use it wisely and fill it with things that will benefit you!

That brings me on to the second point.

THE DELAY OF GRATIFICATION (not living in the moment!).

Doing something that has short-term discomfort that will give you long-term benefit is the ability to delay gratification.

Here is a simple example.

Leaving the sofa (short-term discomfort) to exercise (long-term benefit). Your ability to do this shows how disciplined you are and how good your delaying of gratification is – and why is this skill important?

Well, do you know who doesn’t have this skill? Children. Children want everything yesterday. They don’t understand the concept of waiting. They’re not mature enough to understand these intricate concepts of sacrificing for future goals. It’s important because if we all continuously gave in to our immediate desires, the world would be chaos. We need to learn to wait – and to work – for certain things.

The enjoyment of pigging out and having a sofa day is fine, so long as you’ve delayed that gratification and off-set the negative aspects of it by experiencing the short term discomfort of eating healthy and exercising.

Everything worth having requires this skill; relationships, health and money, for example. Simply living in the moment, as rock and roll as it sounds, isn’t actually advisable. Here is a great sketch about living in the moment by Peep Show star, David Mitchell.

WHAT ARE YOUR GOALS?

DON’T IGNORE THIS PART! I know you’ve probably read about making ‘goals’ a gazillion times in the past, but it is important.

Having a clear, concise picture of what you what a particular outcome to be is really important.

Here is a question – Why do fighters seem so motivated and so dedicated to training?

Answer: Simple, it’s because they have a clear concise picture of what they’re trying to achieve. Plus, the risk/reward factor is extremely high, too. They’re putting themselves ‘out there’. They have everything to gain and everything to lose.

Most people don’t set goals because a) they think it’s some weird, hippy rubbish or b) they don’t want to ‘fail’, – hey, if you don’t set a goal you can’t ‘fail’ hitting a goal!

Goals are the anchor that will help pull you back down when your motivation has gone on holiday. Set a few. Set a whole bunch. Aim to do 50 push ups in one go. Aim to get your next belt. Lose 5 kgs. Run a mile. Enter a tournament. Do the splits. Whatever it may be, set a bunch of goals and chase after them.

If you’re not failing any goals, that means you’ve set the bar too low. You should have some achievable goals, some challenging goals, and some ‘impossible’ goals that really get you thinking. Revisit them. Talk to people about them. Get excited about them. But most important of all, SET THEM!

Many people fall at the first sign of their motivation disappearing, and instead of taking their time to regroup and smash through it, they roll over and allow the apathy to wash over them.